Chatting with director Ben Wheatley on the phone in the midst of his press junket for “High-Rise” gave me a brief insight of who he is. He gives a lot of thought to the questions you ask him (even if he’s been asked a similar question dozens of times by reporters), he really loves his wife (see answer to final question), and he really likes directing films. 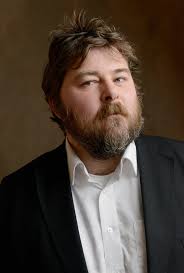 Matthew Toffolo: When did you first read the novel HIGH-RISE? Did you ever imagine that you would be the director of the film version?

Ben Wheatley: I first read the book when I was 16 years old. It stuck with me. Directing the film version, or any film in general, was the farthest thing on my mind then. Directing came later in my life.

MT: Tell us about your collaboration with screenwriter Amy Jump. From…