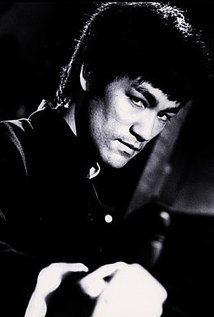 Often had a scene in his films where in a fight, he gets wounded. Standing stunned, he tastes his own blood and then he goes berserk wiping out any opponent in his path.

Made animal sounds when he fought to unnerve his foes and focus his strength. His characters were often proudly Chinese and battled foes who racially oppressed his people as in when he smashed a “No dogs or Chinese allowed” sign with a flying kick.

Absorb what is useful, Discard what is not, Add what is uniquely your own.

Simplicity is the last step of art.