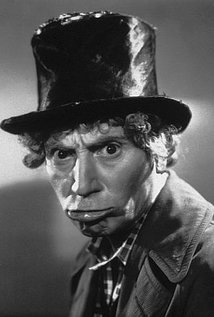 [on ‘Duck Soup’] It was the only time I can remember that I worried about turning in a bad performance. The trouble was not with the script, the director, or the falls I had to take. The trouble was Adolf Hitler. His speeches were being rebroadcast in America. Somebody had a radio on the set, and twice we suspended shooting to listen to him scream.