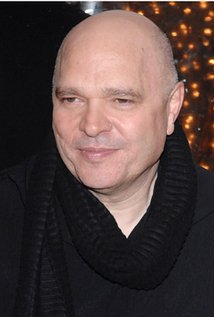 [on The English Patient (1996)] I think the film is quite cruel actually and quite austere; it carries this lava of emotion on quite a formal surface. And one of the reasons why in my life I have loved Bach so much is because I think he too has this combination of an extremely formal structure and apparent austere sound, but underneath there’s this emotion boiling away, and I think that one of the purposes of fiction is to exercise the emotional muscle – that’s what we go for, we go to think and to feel and I think that feeling somehow in England is at a premium, that people are embarrassed to feel in public, whereas I think that’s the luxury of fiction – you…