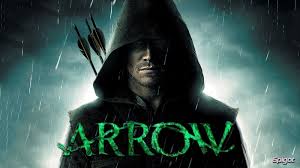 Matthew: What is your spec screenplay of the ‘Arrow’ TV show about?

Molly: The heart of my spec teleplay lies within the title, “Second Chances.” I wanted to explore why we give second chances and what makes some people take them and why others, unfortunately, refuse the chance to change.

OLIVER questions his mission and family loyalty when DIGG’s former lieutenant RICK FLAG threatens to make MOIRA pay for her unpunished crimes. Meanwhile, SARA visits LAUREL in rehab and ROY struggles with leading a double life from THEA. Back on the Island, Sara warns Oliver of SLADE’S increasing erratic behavior.

Matthew: Why does this script fit into the episode context of the show?

Molly: This script was originally conceived last spring, so it fits in the middle of the second season of Arrow. Oliver Queen, aka The Arrow, struggles with his no kill policy. He even questions his whole mission when his former friend turned enemy Slade Wilson seeks revenge. Laurel is also currently struggling with her own addiction. Before Oliver can defeat Slade, he has to reevaluate his mission and the importance of second chances.

Molly: I am a total TV person. I’ve given my Friends, Arrow, Dawson’s Creek, and Felicity DVDs quite a workout over the years.

Molly: Although I respect film, my endgame has always been Television. I would love to be staffed for a few years and working my way up. I would like to be developing original material with hopes to produce my own show.

Molly: My process depends on what stage I am in the project. In the development stage and first draft, I try to be very regimented with daily writing, usually averaging an hour to two hours a day. When it comes to later rewrites, they tend to be a bit more chaotic, sometimes including all day sessions. The one thing I try not to do is let more than two days go by without some sort of writing. It really is a muscle. You know what they say, if you don’t use it, you lose it.

Molly: I’m originally from the Volunteer State, Tennessee, so helping people has always been close to my heart. Whether it is volunteering or listening to a friend, there’s nothing more rewarding than knowing you have helped someone.

Matthew: What influenced you to enter the WILDsound Festival?

Molly: I had heard good things about the Festival via word of mouth. I was impressed with the continuous promotion the Festival does via Twitter and Facebook. Also, the idea of having a Youtube link to email was extremely appealing. People get so tired of reading scripts, a link seemed like an easier sell.

Molly: Write what you are passionate about and don’t worry about trends. Don’t rewrite your first draft as you are writing it. Keep pushing through it. It will not be pretty, but once you get a bad first draft out of you, then you can rewrite and rewrite.

READ 100s of testimonials for past submitters –
http://www.wildsound.ca/wildsound_festival_review.html