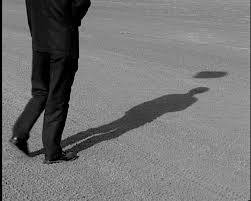 It is about entertaining – I am not being flippant. The aim is to present an ingenious drama supported by realistic detail and capped with an outrageous twist ending.

It is about entertaining – I am not being flippant. The aim is to present an ingenious drama supported by realistic detail and capped with an outrageous twist ending.

The themes, if that is what you have in mind, are to do with love and hate, revenge, and psychological disconnection.

What genres does your screenplay under?

I would call the work a ‘chiller’ – or more elaborately it would, I guess, fall into the category of being a psychological crime mystery.

Because, in the right hands, I believe it to have real commercial potential.

Reducing the list to 10, I have chosen: It Happened One Night, The Maltese Falcon, Laura, Strangers on a Train, Singin in the Rain, Rear Window, Rififi, One-Eyed Jacks, Crimes and Misdemeanors, Pulp Fiction (bonus item The Graduate).

I began work on the screenplay in about April of this year and finished a reasonably workable draft within less than a month, for which I gained an award. Since then I have continued to revise and improve (I hope) the piece, and continue to do so. If you count the novel origins of the screenplay, then many years are involved.

If you mean short and flash stories, I couldn’t begin to count. Published stories to date are about 8, winning two competitions and coming second in another.

My attention was drawn to a screenplay competition for which I saw an opening to reconstruct a crime novel I had been working on. I took a shot at it and now consider screen writing to be my niche, though of course I realize I have embarked on a steep learning curve.

Well, simple though it might sound, the honest answer would be getting it right. As I suspect is the case with most all writers, the difficulty is in judging what is good, bad, doesn’t work, and needing to cut and shorten in the right places. Trying to master, or get a hang on the techniques of screenwriting, is also worth mentioning.

Film, politics, psychology (well, sort of – was formerly a psychologist, or at least designated myself as such) history, fiction and particularly crime-fiction, and of course the opposite sex.

No, don’t think so – wouldn’t presume.

4 thoughts on “Best Scene Reading of Shadow by David Sweet”