Watch the PODCAST of CASABLANCA:

We are at the Hershey Chocolate museum in Hershey, Penn. The brief story of Milton Hershey. Keep going until your succeed #Hershey #chocolate #pennsylvania #travel #story #quote #success #festival

Go to http://www.wildsound.ca and submit your script or story 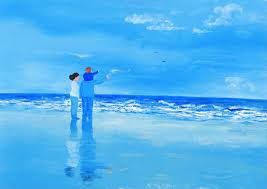 SYNOPSIS:
Three men pull off a complicated robbery, but when they all decide to double-cross each other; the stakes are raised resulting in a dangerous end.

SYNOPSIS:
A short script is all about the magic we can create when working in the movies. We can make things appear and disappear, literally make characters do and say stuff and have fun with it!

The theme of the MARCH 2015 FILM FESTIVAL was:
“GROWING UP”.

Every film showcased on the night was about characters being forced to grow up under the circumstances they face.

Get to know all the films that played at the festival:
http://www.wildsoundfestival.com/march_2015_film_festival.html

Watch the Audience Feedback Videos for Each Film:

Submit your SHORT Film to the FEEDBACK Film Festival:

– Hear what the world thinks of your film!

Matthew: You’ve performed at two separate events in the last year. Did you have an actor you particularily loved working with at the readings?

Geoff: Over the years I’ve met a lot of talented people. Each one brings their own unique skill set to the table. I’ve been lucky to work with such a variety of people. To your question their is no specific actor, in this moment, who comes to mind; however, with that said, their is a style of actor that I particularly enjoy working with. Those actors are the ones that come to the table ready to work, having done their homework, and made their choices – this is when the fun begins and magic happens.

Matthew: You first performed playing a Priest (or is he?) in a stageplay reading. Then went on to play over 20 roles in a Lewis & Clark feature script reading. What did you prefer – playing one character or the multiple characters?

Geoff: This is a good one. There is a lot of fun playing multiple characters, creating different voices, personalities etc. In the end though, when it comes to reading I prefer focussing on one character, finding a consistent through line and bringing that to life. Overall though, simply performing is best, multiple, singular, big, small it does not matter, let’s play and have fun.

Matthew: What has been your overall experience performing stage readings at the WILDsound Festival?

Geoff: WILDsound has been amazing. I’ve been with the festival for many years, and every aspect has taught me something. As an actor reading at an ongoing series like this has been so enriching due to the exposure it has given me to scripts and other actors. These two things are what help me to grow.

Matthew: How have you think you’ve grown as an actor since you began until present day?

Geoff: Today I am more insightful. I have a greater understanding of how storytelling works and what allows it to be powerful. Understanding this construction helps when it comes to making choices – more accurately, when I am challenged for where the character goes this story construction acts as a guideline to get my “juices” flowing again. This insight is one aspect of my growth. Another area, and there are many, that I feel should be highlighted is my ability to breath and relax in a role; as a younger actor, the act of being in front of people and the stress of performing well got in the way of the work itself.

Matthew: What is your favourite role that you’ve ever played?

Geoff: Jesse in Sundance. Bringing this character to life was a surreal experience in understanding some of the things that drive me as an actor.

Geoff: Potentially the winner on that front would be Star Wars. Yup I said it, cheesy sci-fi; but really it is so much fun and such a great simple story.

Matthew: How old were you when you started getting interested in acting?

Geoff: At age 14 I knew I was going to pursue acting till the day I die. If you ask my mother, I was six when she knew that.

Matthew: Do you have other passions besides acting?

Geoff: I am a rock climber. I teach advanced skills in it, I work at a climbing gym, I vacation at climbing venues. I also very much enjoy coaching people for acting and communication and I really enjoy putting up my weekly Vlog – Thoughts from the Green Room. I do it for me; I hear that many people enjoy it too.

Matthew: You were at attendance at our February 2015 Film Festival. Did you have a favourite film from that selection of films?

Geoff: I cannot remember the title of the film right now, however, it starred Ryan Anning as an android assistant and it was a beautiful story of humanity (The film was “My Buddy”).

Matthew: Any suggestions to new actors starting out in the business?

Geoff: Do your homework, be a little crazy, and accept where you are – we can’t all be famous but we can all be stars.

READ 100s of testimonials for past submitters –
http://www.wildsound.ca/wildsound_festival_review.html

SHORT SCRIPT: GIVE MY LOVE TO ROSE
December 2014 Reading
Written by Michael Sieve

READ 100s of testimonials from past submitters –
http://www.wildsound.ca/wildsound_festival_review.html