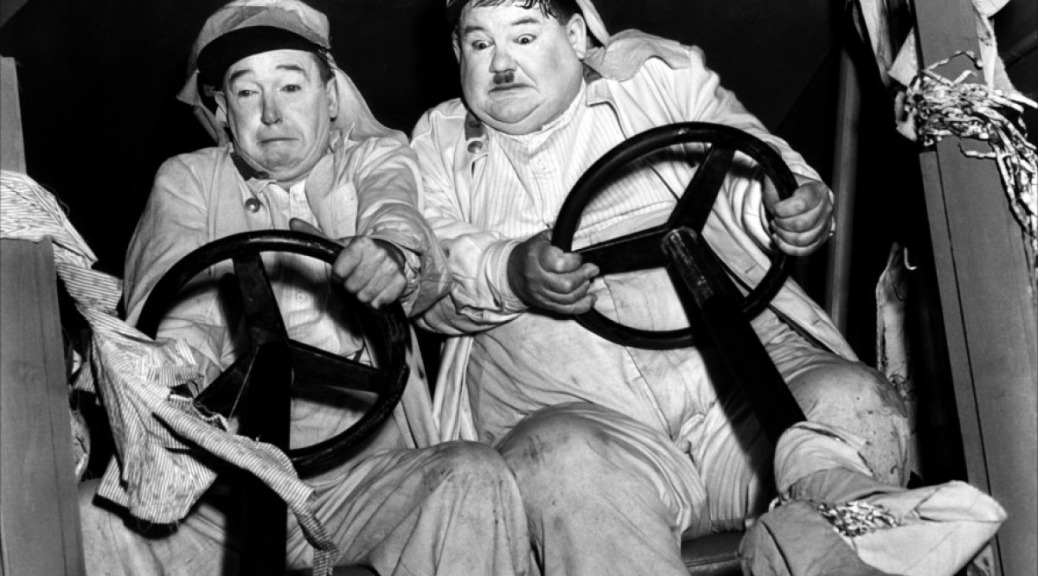 1939 saw the release of some of the greatest films in Hollywood history.

The Flying Deucesain’t one of ’em.

Now, that’s not to say it’s a bad film, because it has amusing scenes and great aerial photography.

However, we’re getting ahead of ourselves.

In the late 1930s, Stan Laurel and Oliver Hardy were still working for producer Hal Roach. During a break between films, they made a movie with a lesser-known producer, Borris Morros. (Get this: Rumour has it Morros was an alleged Soviet spy and FBI double agent! Click here for the story.)

The resulting comedy is The Flying Deuces, a film almost as wild as a double agent’s life. In this film, Laurel and Hardy are vacationing in Paris when Hardy meets and falls in love with a beautiful French woman (Jean Parker). When she rejects Hardy’s proposal of marriage, the pair join the ultimate lonely hearts…