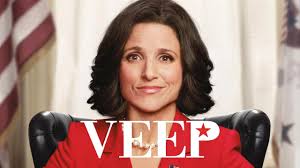 I entered the WILDsound Festival because all of the great things I read about it and the wonderful feedback provided by the fest. The reviews were very accurate; I’ve had a great experience with WILDsound.

– Emily Cirillo, on the WILDsound experience.

Matthew: What is your “VEEP” TV Screenplay about?

Emily: The episode, titled “Town Hall”, is about Selina trying to connect with millennial voters after disparaging poll numbers are released. Dan and Amy, fighting for the Campaign Manager position, have different ideas on how to win them over. And Jonah makes things more difficult for Selina and the staff after he accidentally opens a virus that crashes their office server. The episode culminates at a Town Hall event Selina attends at a local university, where she realizes winning the youth vote is easier said than done.

Matthew: Why does this episode script fit into the guidelines of the show?

Emily: I think it “Town Hall” fits into the guidelines of a typical “Veep” episode with its fast pace, multiple subplots, and biting dialogue. A major theme of the show is how working in government is like a spinning wheel. People are always working in DC, but if you aren’t in power than it’s almost impossible to get anything done. The episode features Selina going through the ringer, but in the end she’s still an unpopular candidate amongst youth voters.

Emily: I’ve been writing screenplays for about a year and a half.

Emily: Scream. It’s a perfect blend of horror and satire. It’s one of my favorite films. I’ve seen it more times than I can count.

Emily: I have completed two television scripts, and I’m currently working on my first feature as part of a program I’m enrolled in at Emerson College.

Emily: Ideally, I’d be in Los Angeles and writing for television.

Emily: I don’t have one set routine. I try to create a different routine for every project I work on, from where I write to what I listen to. For this particular spec, I’d go to the library and write for about two hours every day, while listening to punk female-centric Songza playlists.

As for a method, I have really extensive outlines. I beat out every storyline, make character maps, and move cards around my story board until its perfect. I plot as much as I write.

Emily: I’d definitely have to say music. I’m always listening to something. If I wasn’t pursuing a career in writing, I think I’d teach myself the bass and try to take over the world like Kim Gordon.