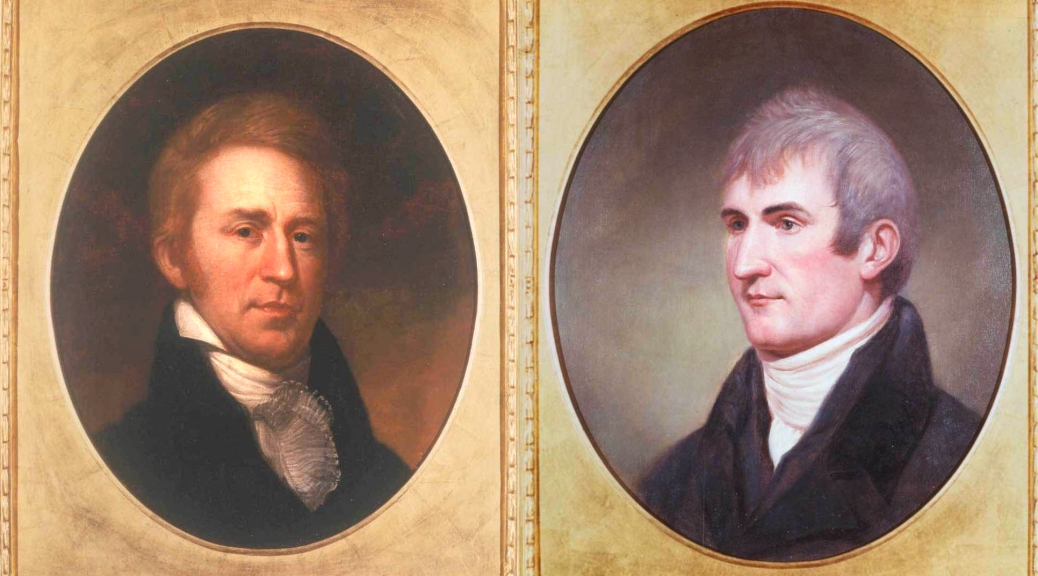 Mostly, it was positive things we heard about WILDsound and Matthew Toffolo. Also, for me, there’s a certain affinity for Canada. We used to get Canadian movies on the Bravo channel. I’ve never forgotten the sweeping prairies in a little-known Canadian film titled, “The Greening of Ian Elliot” or the frozen wilderness in “Lost in The Barrens.” Setting can be such a vital part of a story. That’s the way I see TO DIE IN TENNESSEE. The setting is almost a character in itself. It’s an adversary. The men of the Expedition fought the elements. They were bitten by snakes and chased by bears. They were almost drowned in their sleep when the river suddenly changed course, prompting Frenchman Pierre Cruzatte to say, “The river, she is like jealous woman. Stab you with knife while you sleep. Is not for nothing they call her the troubled waters.”

– Verlynn Kneifl & Laurie Larsen, on why they submitted to the WILDsound Screenplay Festival (Review)

Matthew Toffolo: What is your screenplay about?

VK: William Clark recalls the perilous Lewis & Clark Expedition and its aftermath, casting a startling new perspective on the impetuous life and mysterious death of his fellow explorer, Meriwether Lewis. Lewis died on his way to Washington to defend actions he’d taken as governor of Louisiana. He was troubled. He was known to be ill, probably with malaria. He died at Grinder’s Stand, an isolated accommodation for travelers on the Natchez Trace. James Neelly, a man of dubious character, informed Thomas Jefferson that Lewis had died by his own hand. Neelly was later known to be in possession of some of Lewis’s personal effects, including a set of custom-made pistols. No formal investigation was ever conducted into Lewis’s death. Lost in the pages of history were the words of a witness, a black man who insisted until the day of his death that Governor Lewis was murdered at Grinder’s Stand.

MT: Why should this script be made into a movie?

VK: The Lewis & Clark Expedition was one of the most dramatic and colorful events in American history, yet with the exception of Ken Burns’ documentary, the only film ever based on this event was the 1955 movie, “The Far Horizons.” Since then, a great deal of historical material has become available about this epic endeavor and the two very different men who commanded it. Also, more than two centuries later, the question is still debated. How did Lewis die? Was it suicide or murder?

MT: How long have you been writing stories?

VK: My first article was published in 1972. It was an article about the ancient art of dowsing. A practicing dowser taught me the technique and I’ve been doing it ever since. I eventually moved on to fiction, which allows more freedom to develop interesting plots and characters.

MT: What movie have you seen the most in your life?

MT: What artists would you love to work with?

VK: Directors Kevin Costner, Lasse Hallstrom or James Cameron. I also wonder what Alexander Payne would do with a script like this. I’d love to see Colin Firth as Meriwether Lewis. Lewis was President Thomas Jefferson’s secretary. He was eloquent. He was stylish in manner and dress. He oversaw Jefferson’s dinner parties and on one occasion even delivered Jefferson’s address to Congress. William Clark? Nothing “pretty” about him. He was the youngest of the “fighting Clarks” of Revolutionary War fame. His brother was the famous General George Rogers Clark, dubbed “Long Knife” by the Indians. Harriet Kennerly said of William Clark, “My pretty cousin is going to marry that homely man?”.

MT: How many stories/screenplays have you written?

VK: Laurie and I have written eleven large-cast stage plays. All have been produced, with some performed all over the United States and in Canada. I’ve had maybe thirty-six articles published, some poetry and a number of short stories. A melodrama and two short stories won area awards. I served as editor and wrote some of the articles in Lindy Lore, a collection of stories about the colorful Lindy community where I once resided. Lindy Lore was well-received, went into a second printing and is now sold out. I’m currently working on a novel set in the Sandhills region of Nebraska, just north of the Dismal River.

MT: Ideally, where would you like to be in 5 years?

VK: Taking time off from finishing our next screenplay to sit in a theater watching TO DIE IN TENNESSEE

MT: Describe your process; do you have a set routine, method for writing?

VK: Laurie provided most of the ideas for our stage plays. The theme for my novel came to me in its entirety. I knew the ending before I began. Rule of law: The farther I am from the computer, the more talkative my characters become. A line of dialogue, even a single word, can prompt a scene. I end up with multiple scenes in absolutely no chronological order. I’ll go back later and try to tame the beast. Finding time to write is the most difficult part of the process for me. Left alone, I’m likely to write all night and be awakened all day by the telephone and doorbell. I think I must have been born parked at an angle in a parallel parking world.

MT: Apart from writing, what else are you passionate about?

VK: Reading, the great outdoors, and music. For me, music conveys all that’s left unsaid in movies. In “Castaway,” Alan Silvestri’s sound track speaks volumes in the scene where Tom Hanks has finally managed to navigate the coral reefs imprisoning him; he’s rowing away into the unknown, looking back at the island that has been his home for four years. Laurie especially appreciates music. She’s an accomplished musician in her own right.

MT: Any advice or tips you’d like to pass on to other writers?

VK: Read. Read everything. Scripts, plays, books, articles, short stories, newspapers. Analyze. Be on the lookout for an idea, a theme, something that excites you. Ask yourself, “What if?” I read a newspaper article with a one-line reference to the secrecy surrounding the burial place of Jack McCall, who gunned down Wild Bill Hickock in 1876. I ended up with an award-winning short story after I asked myself, What if Jack McCall was still alive? What if years ago, he intercepted a young newspaper reporter who’d gone to a rest home to interview a woodcarver? What if he told the reporter, “I got a story for you. It wasn’t me they hung in Yankton 1877. It was an actor claimin’ to be me.” Imagine your characters. Ask them questions. If your characters start talking to you at odd moments of the day, the rest will likely take care of itself.

Matthew Toffolo is the current CEO of the WILDsound Film and Writing Festival. He had worked for the organization since its inception in 2007 serving as the Short Film Festival’s moderator during the Audience Feedback sessions.

Filmmaker of over 20 short films and TV episodes. Took over full reins of the WILDsound Festival in May 2013. From then to the end of 2014, he’s presented over 90 movies at the monthly FEEDBACK Film Festival in Toronto, plus has had over 60 screenplays and stories performed by professional actors at the bi-monthly Writing Festival.

Go to http://www.wildsound.ca and submit your film, script, or story to the festival.

Go to http://www.wildsoundfestival.com and watch recent and past winning writing festival readings.