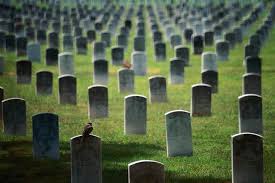 Get to know writer Pamela Green:

My screenplay skims the early life of my dad, Everett House, as he grows up in a poor, Christian home during the 1930’s and 40’s, and then basically covers his years spent in a mental institution, where he undergoes shock therapy and other atrocious psychiatric practices during the 1950’s. It also reveals God strategically planting him there at this particular time in history in order to hinder the antichrist from setting up his beast system too soon, and it leaves Everett with a divine promise and mandate for his future, that one day his testimony from the hospital days will be used to warn the world of the coming mark in the forehead.

This screenplay should be made into a movie because it is part of a warning from God of the destruction that is about to come upon mankind in the near-future, and is a testimony of God’s faithfulness toward those who trust Him even through adverse situations.

3. How would you describe this story in one sentence?

It is a captivating story of a Christian youth’s journey as he searches to find meaning for his life and to fulfill God’s purposes, resulting in him receiving a divine promise and mandate while in the hospital concerning the future, in warning others of the mark in the forehead, and is also a testimony of experiencing God’s faithfulness firsthand as Everett locked away and forced through shock treatments and other adverse circumstances, yet is divinely rescued and restored.

I have seen a lot of Disney movies over and over again due to my children watching them, but I think the main movie that I saw the most that I myself wanted to see was Meet Me in St. Louis.

I began writing the screenplay in May of 2009 and have worked on it off and on since then. Currently, I am still working on it, making corrections, though it is now almost complete.

I’ve written two screenplays, both about my dad, but I also wrote one about my life, but then I tore it up.

There was a long series of events that motivated me to write this screenplay, the first of which was my dad telling me many times as a child of his experiences in the hospital, including shock treatment, and that he would often refer to this machine as “the beast”. He also mentioned to me a few times in my youth, and a few times when I was grown, about his promise from God that one day experiences from his life would be turned into a movie, especially the experiences from the hospital days, and that the movie would be used some day to warn the world of the coming mark in the forehead. The “mark of the beast” was a common phrase I heard from him growing up. Then, a lot of things happened in my life when I went away to college that pointed me to making the movie, such as God visiting me in a dream, etc, But one day, in 2006 or 2007, I was sitting on my bed, wondering if there was something I could do to help my dad make the movie and was asking God if He wanted me to help make the movie, when suddenly my husband barged into the room and said ” Whatever the Lord tells you to do, you have to be obedient.”. The last straw was when I received the June, 2009 edition of the Johns Hopkins Newsletter (I received it early, in May of 2009) that was highlighting shock treatment as a way to treat depression. My dad had always said that one day shock treatment would be revived and would be endorsed and pushed on the public masses instead of just those poor souls locked away and forgotten in the mental hospitals.

Much of the time, I either didn’t have a home computer, or didn’t have word processing on my home computer, or my computer was broken. I went to the library a lot and had to pay my kids to watch the younger kids a lot of times, coming from the $25 per week that I could use for making the movie. I also thought that I was finished many times and printed off the script, only to find that I had more corrections to make. Also, getting the information from my dad and piecing it together in the right sequence was very tricky. Some events he couldn’t always remember the exact order that they occurred, so I had to kind of do trial and error. Plus, he lives long distance from me, so sometimes it was difficult to get a hold of him when I had a question.

Most of all, I love Jesus, and am thankful to Him for saving my soul and always loving me and being there for me. I love and am thankful for my family. I love all people, in general, especially children and the elderly, and those who are handicapped or discouraged, or abused, or addicts, or poor. I would somehow like to help mankind, like having a ministry to the poor, or working with children, or helping families, or praying for the discouraged or sick. I’ve been miraculously healed many times, so I definitely believe in healing. I love to tell others that Jesus can save them and give them eternal life and that He has a great plan for them. I like to encourage people, especially those who want to give up, and let them know that Jesus makes life worth living. Even in our difficult situations, we can still pray and trust God and know that He can work things out for our good and that He has our best interest at heart. I love beautiful things, like rainbows, and beautiful colors, and butterflies, and flowers, and beautiful old houses, and the great outdoors. I also love to bake, and I love animals, and art, especially drawing, painting, and crafts.

10. What influenced you to enter the WILDsound Festival? What were your
feelings on the initial feedback you received?

One day, a few years back, I asked the Lord to direct me concerning what I should do next with the movie. Then I had a dream that I was standing before a desk and a man was seated at the desk, holding my script. In the dream, I asked the man if he liked the script. He said “Yes… we loved it.” Then I looked over to the left of the desk and there was George Clooney, kind of leaning in toward the desk. He looked at me and said “Got any part for me?” Then, days later, I remembered the dream again and went to George Clooney’s Facebook page and pressed the like button. Then, I started receiving advertisements from his page for WILDsound Film Festival all the time. But when I thought about what I should do, I still wasn’t sure until, one month, I believed the Lord was pushing me to enter during that particular month, since it was the month of the “blue moon”. But I didn’t listen fully to understand what God was saying, for, assuming that I had the whole month to enter the contest, which had been running regularly for a long while, instead closed up before the end of the month, so I missed it. Then a preacher friend on Facebook randomly said that sometimes in life we may be alert and ready, then, all of a sudden, we aren’t paying attention and drop the ball. When she said that, I realized I had missed my opportunity. Then, a few months ago, a preacher on Facebook said that God was giving someone another chance, that a certain situation would come around again, set up just how it was before, “only this time”, he warned, “don’t drop the ball”. So, I took that as my cue that the Lord wanted me to enter the contest.

I was very excited to receive the feedback from WILDsound. It was great to actually hear what someone else had to say regarding the script, especially in an in-depth way, at a professional level. I believe that I was given a lot of great wisdom and practical pointers that have helped to open my eyes and improve my movie-writing skills.

Try not to be in such a hurry to finish your screenplay or else it may actually end up taking much longer than you had anticipated due to overlooked mistakes. Take your time and, in the long run, end up saving time. Haste makes waste. Also, I think it would be good to use a screenwriting program. I didn’t, but I think it would have made some things a great deal easier and quicker. Another thing, it’s good to give yourself breaks and enough sleep, and be sure and get exercise and eat right. You will feel like doing a better job if you take good care of yourself and are more relaxed and healthy.

DEADLINE: Submit your best scene from your screenplay. Have it performed using professional actors:
http://www.wildsound.ca/submit_your_favorite_scene.html

WATCH the past best scene readings and see what happens when you submit:
http://www.wildsoundfestival.com/best_scene_readings.html