FLEET WEEK: ‘NEATHER RISE is a sequel to the first FLEET WEEK: EVANESCENCE script – which was adapted from my novel of the same name. ‘Neathers are introduced in that first story as undersea electromagnetic entities (Topsiders call them ghosts). All of the ‘Neathers are victims of warship sinkings during World War Two. This second script expands upon the plight of ‘Neathers in their struggle to exist on a changing Earth, the desperate actions upon which they embark to survive, to proliferate – and their efforts to overcome Topsider plans for eliminating them.

2. Why should this script be made into a movie?

This is an original, fast-paced action adventure that puts a new twist on the concept of ghosts. It’s also open-ended as a series of motion pictures; a potential franchise. There’s depth to the main characters, lots of back-and-forth moral conflict, and much of it within themselves. There are corollaries to current events (both natural and manmade). Ultimately though, a movie should be a very entertaining romp, and I think this script passes muster.

3. What is the theme of Fleet Week?

The main theme is second-chance opportunity. Redemption and obsession are sub-themes.

I think it’s a tie between the original Star Wars and The Wizard of Oz. Logical perhaps, because so many parallels exist between Oz and that first Star Wars film.

5. What artists would you love to work with?

As far as well-known directors, the usual suspects: Eastwood, Lucas, Spielberg, Cameron, Peter Jackson. Yet I admire the diverse talents of so many in the film world. I’d be honored to work with any of those who excel within the multiple phases of cinematic storytelling.

6. How many stories/screenplays have you written?

7. Ideally, where would you like to be in 5 years?

8. Describe your process; do you have a set routine, method for writing?

I envision a long-form drama project as building a rail system:

1. The track is the Plot.
2. Stations and terminals are Locations/Settings.
3. Train cars are Characters. Main characters are engines, followed by boxcars of varying sizes, according to the weight of each character’s role.

Plot ideas arrive in various ways. I’ll poke around on the Internet within historical periods, searching for fascinating items which may not yet have been fully explored. Other times I’ll write within a genre that interests me greatly, such as crime drama.

I get a general idea of each character’s mindset before I write, and then alter them to fit once the actual writing begins. At some point your characters speak to you because you know them. You comprehend how they think.

Prior to writing a single word of the actual drama, I conduct thorough research into aspects of the project. The buck stops with me as the storyteller, initially anyway. So, I amass more than enough background information beforehand. I feel it’s a major responsibility to not let the audience lose track, or begin to question anything during their suspension of disbelief.

Family and friends, of course, top the list. I’m also passionate about certain social/environmental/political issues. I am somewhat of a film buff. I’m very passionate about computers and especially software development. That’s been my day job.

10. What influenced you to enter the WILDsound Festival?

For unproduced writers, the real frustration after keystroking “The End” is trying to get noticed. There are so few outlets available for presenting your material. WILDsound appeals to me because my work now migrates from an unread concept into a produced staging, easily accessible by industry pros.

I believe the first priority for storytellers is to be absolutely fascinated with people. What they do, how they do it. What they say. What drives them, what are their fears, doubts, strengths and weaknesses. Whether a story is character-based or plot-driven, even if it involves talking animals or aliens – it’s still always about people, and how an audience relates to them.

Solid research is vital when writing anything, including fiction. You are the authoritative voice behind the words. If your characters as storytellers don’t pitch it credibly? The audience will pick up on it right away and then you’re sunk, Sunk, SUNK. There are no shortcuts to a well-researched piece of writing.

For newer writers: You’re going to get better as long as you keep at it. Act upon those critical points of feedback from others whose opinions you value. Eventually your style will emerge and you’ll fly on your own. 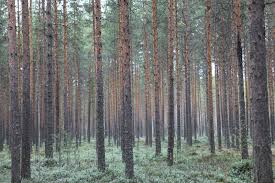 WILDsound’s feedback and one-on-one communication got my work to where I felt it was contest worthy.

Submit your writing or film to the festival today:
http://www.wildsound.ca

Watch the best of Film and Writing from the WILDsound Festival:

Learn more about selection stories showcased at the festival in the THRILLER/SUSPENSE Genre:

1ST SCENE SCRIPT – THE OTHER SIDE
March 2014 Reading
Written by Barb Markusa
http://www.wildsoundfestival.com/the_other_side.html