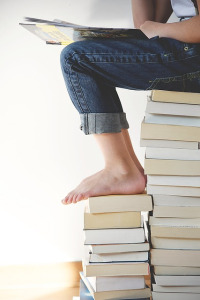 If there was a theme to this evening, it would be “Your past always comes back!”

Abigail Sullivan thinks she’s successfully run from her mob past, until the FBI catches up to her and gives her an ultimatum. Help them catch the rest of her criminal family or go to jail for the rest of her life.

A couple gets lost in the woods.

Anton Michaels is a college professor with a gift. To some people in the police force Anton is used to help catch criminals with his abnormal psychometric abilities. After an explosion at a nuclear power plant leaves one man as a prime suspect, Anton is called in by his friend Father John to help find his nephew David who he swears could not be involved with the rigged explosion but has mysteriously disappeared.

A single-camera comedy that follows a free-spirited young woman who’s lost everything and her four friends who are all forced to recreate their lives and themselves one humiliating, semi-permanent situation at a time.

Racing the boundaries of infinity in space.

A world-class scientist is abducted by six people he brought back to life….and transformed into invincible warriors.

Key figures and gods from all of the world’s religions meet at the Afterlife Estates office to go over the year’s numbers.

If all the world’s a stage, who’s behind the curtain?

“A depressed used-car dealer tries to convince a motorist, who every night runs over wounded animals, to also run him over”

After successfully shelling the German trench on the Somme battlefield, the British soldiers move in to clear the area of any enemy survivors.