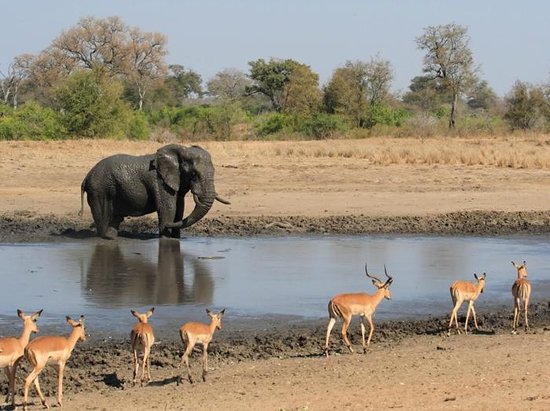 For Hope is the February 2016 Winning Short Screenplay.

Watch FOR HOPE by Cindy Lee:

Get to know writer Cindy Lee:

Matthew Toffolo: What is your short screenplay about?

Cindy Lee: My short screenplay is about two rhino poachers who flip their car in the Kruger National Park. Even though their lives are literally hanging in the balance none of the locals who arrive on the scene will help them. The locals decide to take a stand and send a message. Enough is enough.

Matthew: Why should this screenplay be made into a movie?

Cindy: Rhino poaching will wipe out the Rhino population if it isn’t stopped soon. We need to get this message across in an interesting and dramatic way that will find a larger audience. Hope is a young female Rhino who had her horn hacked off, but survived thanks to some amazing Doctors. This story is For Hope and all the other Rhinos.

Matthew: This story has a lot going for it. How would you describe this script in two words?

Matthew: What movie have you seen the most times in your life?

Cindy: Requiem For A Dream.

Matthew: How long have you been working on this screenplay?

Cindy: About a year.

Matthew: How many stories have you written?

Cindy: A lot in my head. Only a handful to paper.

Matthew: What motivated you to write this screenplay?

Cindy: I travel to the bush a lot and the one time we went we didn’t see any Rhino. When we asked the ranger why, he said they weren’t allowed to call out their positions on the radio any more because poachers may be listening. That made me very sad. Sad enough to want to do something about it.

Matthew: What obstacles did you face to finish this screenplay?

Cindy: None really. I did do lots of rewrites and eventually had to say ‘Okay stop, it’s done.’

Matthew: What influenced you to enter the festival? What were your feelings on the initial feedback you received?

Cindy: I loved that not only did we get feedback but you also did a live reading of the screenplay so I could hear it come to life.

The feedback was great. I changed the title – good call – and took out the directing notes (hard not to write them in when you’re a director). It made the screenplay flow much better.

Cindy: Get a comfortable chair.